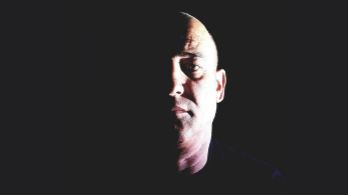 The real name of Paipy is Giuseppe Cerutti. he was born in Italy in 1974. A keyboard player in some bands, he approached Trance music (especially Uplifting) in 2016, releasing his first track in June 2017. Still it produces new tracks more and more appreciated by important labels, such as "Eternity" released by M.I.K.E. Push Studio (BlackHole)..

The first track of Paipy published by the labels was "Namaskara" (Yeiskomp Record), released in June 2017 has got tens of thousands of views on Youtube as well as getting a good success in music stores. Good success also of "Epokàlis", second track released by Mindilifting Record, excellent melody for a perfect Uplifting Trance style. In December 2017 she left Eternity in the compilation "MPS Winter Essential 2018" published by M.I.K.E. Push Studio of the BlackHole group. in the month of January 2018 2 other tracks were released: Crossover from Yeiskomp Records and Clymb from D.Max Recordings, the latter track has had a good response in the music stores. In February 2018 the adventure with D.Max Recordings continued with the publication of "Opera". Currently it is in preview "Impression" that will be released on March 12th 2018 by the Swiss label founded by DJ Madwave & Dave Joy.